Chicago is a pretty amazing city. And if you’re into the whole Twitter thing, you probably figure that there’s gotta be some type of connection between those two things. And if I know anything about the Internet, it’s that the best way to describe anything is with a Venn diagram. So here’s what this list is all about: 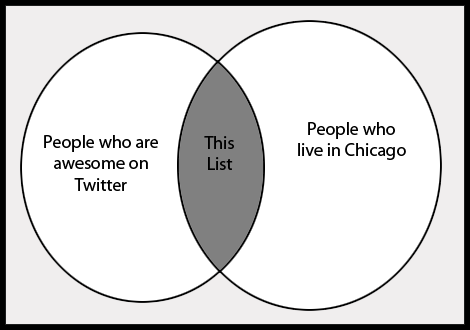 As I understand it, Venn diagrams are the pinnacle of science.

You might be asking yourself “Why only 11? Why not 20? Also, why not make it a slideshow to glean more page views?” The answer to these self-asked questions is simple – this list is all about COMPRESSED AWESOME. Which might be a good name for a band, but it probably isn’t.

We start with the no-brainer. Not that @ChicagoLeah is lacking in brains. It’s just a natural starting place because, for crying out loud, her handle starts with “Chicago”. As she herself has said, @ChicagoLeah has “been on Twitter in Chicago since Twitter has been in Chicago.” I’m not quite sure what that means, but I also know better than to argue with an expert. 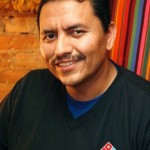 For the love of all that is good and holy, how anyone could create a list of Chicago twitter-people and leave off @Ramon_DeLeon completely boggles my mind. You want to know how to rock the crap out of Twitter and be legendary? Before submitting a tweet, ask yourself “What would Ramon do?” And then don’t do that. Because it’s totally lame to rip someone off like that.

One of the rules of this game (there’s a game?) is that the folks on this list need to be REAL. What does it mean to be REAL? I don’t know. I’m not hip like that. But I do know that @CurvesAndNerves is BAD ASS. You know how you have this idea that Chicagoans are these salty, take-no-crap people that can see through your bullshit in about five seconds flat? Yeah. That.

Chicago is a cycling city. Believe it. Representing the two wheelers of the Second City is @stevevance, who, according to @ChicagoLeah, “does a lot of journalism and data stuff for local cycling efforts.” I’ve also included him in this list, because if I’ve learned nothing else from Chicagoist, it’s that posts that include something about “Chicago” and “cycling” are total comment bait. 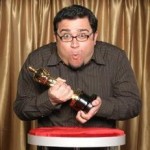 Perhaps you’ve heard of a little publication in our fair city known as the RedEye. Perhaps you enjoy things of a geeky nature. Perhaps you should follow @GeekToMe already and shut up. Perhaps I need to write a few more sentences to make the images line up properly in this post. Perhaps you think I should be able to do this with CSS or something. Perhaps you should review my earlier suggestion that you shut up.

Cupcakes are a thing. And why should you follow the lovely ladies at @foiledcupcakes? Well, first of all, they’re a local company.But they don’t just use their Twitter account to blast out marketing gobbleldygook.They’re people. Who make cupcakes. But talk like people. Not like twitterbots. This is what we call a Good Thing.

Chicago is a political town, no doubt. One of the most vibrant Twitter personalities in Chicago politics is Che “Rhymefest” Smith, the Alderman candidate for the 20th Ward (did I just refer to someone as “vibrant”? Holy crap, it must be getting late.) Honest and genuine in his tweets, @RHYMEFEST is someone to follow. And read. And pay a LOT of attention to.

The token “scenester” on our list*, @tankboy IS Chicago. Somehow. Well, at least when it comes to knowing about awesome music. You may think you follow “tastemakers”, whatever the heck that means, but @tankboy eats tastemakers for lunch. Slathered in Nutella. Covered in irony.

For our “fictional character” category, it was a toss-up between the Colonel and @MayorEmanuel. But to be frank, the latter is just such a…predictable choice. And unlike other lists on the Internet, we like to keep you guessing. If you like your news snippets served up with a side of gentle snark, you can’t ask for much more. Plus, you know…that hat. DEAR GOD, THE HAT.

Have you ever performed PUBLIC dramatic readings of letters you wrote back and forth with Richard Marx? Are you one half of a super dynamic electro-media power Chicago power couple? Do you have an adorable daughter that has two squeezy giraffes? @ourmaninchicago is all of these things. Or has done these things. I’m having a parallelism problem here. The only downside of following @ourmaninchicago is that his Twitter handle is too long, which gives you less characters than you might like when @ replying him. Also, he is convinced that Skynet started out as a Roomba.

So there you have it. Eleven awesome Chicago tweeters or twitterers or whatever we are calling Twitter users these days. Did we miss anyone awesome? Probably. Are you going to tell us all about it in the comments? Highly likely. Am I referring to myself in the plural? No way. I’m talking about everyone who helped compile this list. And also maybe talking about myself in plural a little bit too.

Special thanks to @ChicagoLeah, @ourmaninchicago, @dshanahan, and @localcelebrity (and many others) for helping compile this list. And no, neither Leah nor Scott had anything to do with putting themselves on the list. I totally swear.

* – I have no idea what a “scenester” is, but everyone assures me that Tankboy is one.