During VEDA, my friend Kitty announced her goal of being the first female to play the eponymous character on Doctor Who. She expressed her desire in this video (link opens in a new window). Earlier today, my friends @Dutchface and @tomfromhr and I had a little bit of “back and forth” about this topic (starting with Tom comparing Ian’s new suit to something the Doctor would wear). Since Kitty refuses to play on Twitter, I chose to post the conversation here for her enjoyment. And for yours.

It all started when Ian tweeted a photo of himself in a snazzy new suit: 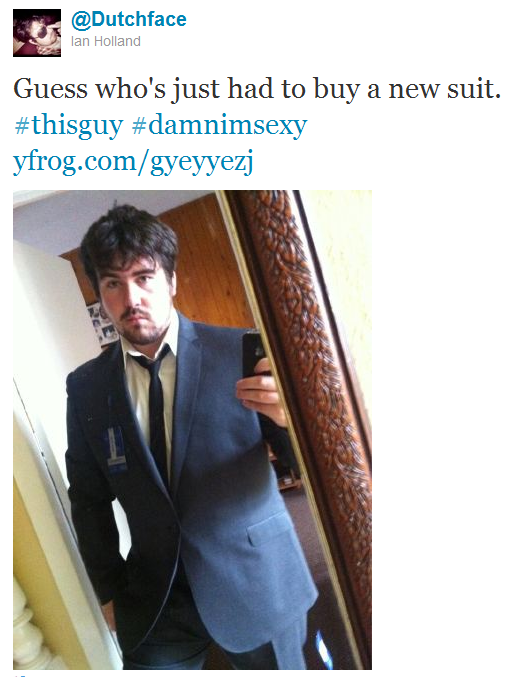 This was followed up with Tom comparing him to the Doctor.

It went downhill from there.

Do you agree? Should we get Miss Kitty on Twitter? Let’s consider the comments section of this post as an online petition to twist her arm into joining the Twitterverse.